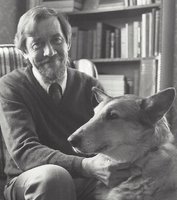 Dr. Donald Frederick Page Peacefully at the Ruddy Shenkman Hospice on Friday, November 20, 2020 at the age of 91. Predeceased by his life partner Jean Purcell. He is survived locally by his children Jacqueline (Randy) Stanzel , Shannon (Barb) Purcell, and Kerri Purcell. Sadly missed by his nephews Brian Page (Joanne Sanson Page) of Toronto, Steven Page of California, and his niece Sharon Ames (Tim Ames) of Fort Wayne, Indiana and Cliff (Cheryl) Stoddard. Dear grandfather of Danielle (Jonathan), Cole, Cameron, Connor, Derrek (Ashley), Ian, Corrie (Lance) Matthew, and Nicholas. Fondly remembered by his great grandchildren Avery, Anthony, Abigail, Isaac,Taylor and Ellie. Dearly missed by his friends Lynne Hurd, Elizabeth Ells, John Carley, Bill Dobson, Wray Jacques, Micheline Hamel, and his former wife Enid Page. Don's PhD research in the 1950's at Imperial College in London, explored the general subject of instability in active circuits using the newly introduced transistor as a practical application. This groundbreaking work led to his writing a major chapter for the 2nd and 3rd editions of McGraw Hill's first engineering Handbook of Semiconductor Electronics. On returning to Canada in 1959, he joined the design team for Canada's first space satellite, Alouette 1. Launched by NASA in September, 1962. Alouette proved to be the most complex and reliable satellite of its time. Its electronics having to be switched off from the ground after a decade of providing the information about the structure of the ionosphere that was needed by designers of subsequent space hardware. While managing an engineering research group at the Defence Research Telecommunications Establishment (later known as the Communication Research Centre) in the 1960's. He was an adjunct lecturer at Carleton University where he participated in the development of their graduate electrical engineering program, supervising its first PhD and several Masters students. On his appointment in 1968 to lead a new Canadian radar research program, Don initiated the original Canadian engineering studies of synthetic aperture imaging radar. Funded by the Department of National Defence, and partnering with the Department of Energy Mines and Resources and with NASA's Jet Propulsion Laboratories. Don's group produced a ground-based image processor for NASA's Seasat Satellite, which when it was launched in 1978 carried the firsts space-borne synthetic aperture imaging radar. This Canadian image processor provided such excellent earth and ocean images that the US military immediately classified the Seasat project. This exclusion from Seasat led to Don's group transferring it's technology to Canadian industry, MacDonald Detweiler Associates, so resulting in Canada's successful program of satellite-borne imaging radar currently known as Radarsat. Feeling the need to pursue his Humanist and democratic socialist interests, Don departed from engineering science in 1981. Retiring to his successful farm operation in Lanark County, Ontario. He immediately became politically active in the New Democratic Party, running as a federal candidate in 1984 and twice as an Ontario provincial candidate in the 1980's. Throughout his early retirement years until 1993, he was a respected spokesperson for the International Humanist Movement as editor of Humanist journals including "Humanist in Canada" (now Humanist Perspective), "International Humanist" (the journal of the International Humanist & Ethical Union), and in 1993 "The Humanist" (the prestigious journal of the American Humanist Association). Acting on a matter of principle in 2006, Dr. Page created Canadian legal history by standing up to a lawsuit challenge by his municipal government regarding a house fire in which a person died. As a result of his principled stand, no Canadian may ever again be sued for criticizing any level of their government. As per Don's wishes Aquamation has taken place. A celebration of Don's life will take place on Tuesday, December 01, 2020 from 1:00pm - 3:00pm at the Royal Canadian Legion, Smiths Falls. As expressions of sympathy donations to the Canadian Cancer Society or the Ruddy Shenkman Hospice would be greatly appreciated. Arrangements have been entrusted to the Lannin Funeral Home. Online condolences available at www.lannin.ca Provincial Covid-19 restrictions require the wearing of masks inside the funeral home and the Royal Canadian Legion. Social distancing is required by those not from the same household, and the number of attendees may be limited due to capacity restrictions.