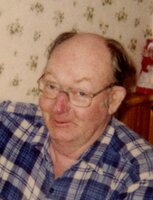 Salter, Keith Donald Peacefully at the Smiths Falls Hospital on Tuesday, October 26, 2021, after a brief illness. Born May 05, 1933. Predeceased by his wife Louise Bessie Wood. Survived by his sons Kevin Salter (Julie), and James Salter (Lisa Grahame). Dearly missed by his grandchildren Emily and Samantha from Smiths Falls, and Brea and Rory of Lethbridge, Alberta. Loving brother to Jean Giff and Mary Cass. Predeceased by his brothers, Acil and Merlyn Salter, and his sister Lois Tudor. Survived by many nieces and nephews. Keith started out at Jessops and then Benny Smolkins Mens Wear. He went on to become a TV repairman and was the owner of S & S Electronics with longtime friend Stan Suffel. He later decided that woodworking was his forte. He was a longtime Civitan and Legion Member. Keith played an active role in Smiths Falls Old Home Week, Settlers Days and Winter Carnival. He built a covered wagon for Old Home week in 1976, and built the infamous Settlers Day Stage Coach. Keith will be deeply miss by his family and friends. As per Keith's wishes cremation has taken place. Interment will take place at a later date. A Celebration of Life will be held at the Royal Canadian Legion, Smiths Falls, on Saturday, November 27, 2021 from 1:00pm - 4:00pm. Arrangements have been entrusted to the Lannin Funeral Home. Online condolences available at www.lannin.ca